The Swift Performance WordPress plugin is a caching plugin with lots of extras. If you’re looking for a plugin to help improve the loading speed of your WordPress website, you could do much worse than this one.

Read on for my in-depth review of the Swift Performance WordPress plugin and it’s features.

**Disclosure – this is a collaborative post**
I received a multi-site license for the Swift Performance WordPress plugin in return for this review. All views and opinions are my own.

The installation process is the same as most other plugins, you can download it from the Swift Performance website and upload it to WordPress. You can also search for it on the Add New Plugins page, from your WordPress dashboard.

Activation and Set Up

One of the huge draws to WordPress is that pretty much anyone can use it to get a website set up in a matter of minutes. But I don’t think that all plugins bear this in mind when it comes to setting them up.

So the installation process gets a big thumbs up from me.

As you’d expect, the dashboard is the hub for all the goings on within Swift Performance.

Across the top you’ll find tabs for all they key areas of the plugin including overall settings, the Image Optimizer, Database Optimizer, Critical Font and Plugin Organizer.

You’ll then find a section dedicated to Actions which includes the following options:

Really and truly, you’re only ever likely to want to run the Setup Wizard from these actions. The other options are for more advanced users, and not necessary to get the best out of the plugin.

The cache status lists the number of known pages, how many of those are cached and how big the cache is. Obviously the more pages you have to be cached, the bigger the cache size will be.

The Warmup table is a list of every known URL, including images and videos. It also shows when the URL was last cached and you can see cached and non-cached versions if you want. Each URL has a priority that you can change if you need to.

The information displayed in the Warmup table is used to prebuild the cache.

As you might expect, you’ll find settings for the Swift Performance WordPress plugin here in the Settings tab. Who’d have thought, eh?

A really nice touch for this section is that the second you make a change to a setting, you’re shown a little banner at the top of the screen to say that you’ve got unsaved changes. I’m awful for forgetting whether or not I’ve saved my changes, so I reckon this will reduce my number of clicks!

I will say that you don’t actually need to come in here and tweak settings if you decided to you the pre-configured settings when you activated the plugin, or the wizard. Any extra settings you find in here are advanced, and you will get the benefits of this plugin without changing anything within this tab.

For anyone who’s ever used WP-Smush, this tab of the plugin basically does the same kind of thing.

At the top of the screen you’ll see a Statistics section where you can see the queue for images waiting to be optimised. You’ll also see a graphic that shows the original size of all the images together before the optimiser was run.

You’ll notice a little cog icon on the right of the screen which, when you click it, lets you change the optimiser settings.

Here, you can set the quality of JPEG and PNG images – they default to 100%, but I like to set them at 90% – to the naked eye there is honestly no difference.

You can also set a maximum size for images and make sure any images bigger than that are resized.

You can also choose whether or not you want to keep your original images.

Below the Statistics section you’ll see a table that lists every image uploaded to your site. Depending on whether or not you’ve chosen to keep your original images you can choose to restore original images, or delete original images. You can also scan images or optimize them all.

Regular readers will know how much I love backups. They’re boring but essential.

Every time you go into the Database Optimizer tab the whole screen is blurred out apart from a message at the top of the screen which asks you to backup your database before you do anything.

The screen isn’t revealed until you click the button confirming you’ve taken a backup. The plugin can’t actually check for you, so it takes your word for it.

In here you can clean up your post revisions, deleted posts, spam comments and more. But wait, the awesomeness doesn’t stop there, you can set it up to do these jobs for you periodically! How great is that? A job that we time-starved bloggers and small biz owners can offload to a plugin! Can I get a hallelujah?

The idea behind this section of the plugin is that you can load only the icons that are actually being used within your site, so that your site doesn’t waste resources loading icons that you don’t need.

Swift Performance will scan your site to to find the icons that are being used, and then you can choose to enqueue them using the plugin which will also block the original version of the files used to include icons.

If you decide to enqueue the icons, you can dequeue them as and when you decide.

So the plugin organizer looks like a great tool for more advanced users. Basically you can choose to enable or disable the plugin depending on the circumstances. For example you could enable or disable a plugin based on user role. This could prove useful with Autoptimize which I have to turn off when I’m making changes to site and page layouts with X-Theme and Cornerstone.

I will admit that I’ve not had time to test it in great detail, but I really like idea behind it.

When I installed this plugin on Raising a Ragamuffin it took a full 1.1 seconds off the homepage’s fully loaded time. I’ll be honest that RaR wasn’t as optimised as it could have been in terms of page loading speeds, purely because I’ve not had the time to dedicate to it. But it also took some time off the page loading speeds of The Blog Genie too (in my excitement of installing it I forgot to screenshot before and after scores).

I totally love the Swift Performance WordPress plugin. It’s like 2 or 3 plugins in one BUT, there is one thing that niggles me about it. There isn’t much access to documentation.

Don’t get me wrong, there’s plenty of documentation for it, but I’d prefer to have lots more prominent links to it as you’re in and around the plugin itself, rather than having to open another browser tab then find the URL.

I also think that there could be a bit more info within the plugin explaining what the different options do.

For example within the main dashboard there’s a Warmup Table, I wasn’t 100% sure what this did when I first saw it, I had a rough idea by the kind of stuff that was within the table. But it’s not totally clear. I would have liked maybe a little ? or i icon somewhere that gave me a explanation of what the different sections do.

When I fed this back to the team at Swift Performance they said that actually they were already working on adding more explanations and links to documentation within the plugins itself, which is great news.

This review focuses on the full version of  the Swift Performance WordPress plugin, which is $39 (and worth every single penny).

But you can get Swift Performance Lite which is a free version with cut down functionality. There’s no image optimiser or critical font enqueuing either.

So you’ve probably worked out by now that I really like the Swift Performance WordPress plugin.

Not only is the functionality of those features great but it also means that I’ll be able to remove 2 plugins from RaR (WP-Optimize and WP-Smush) and WP-Optimize from TBG too.

Create the perfect freebie for your dream clients! 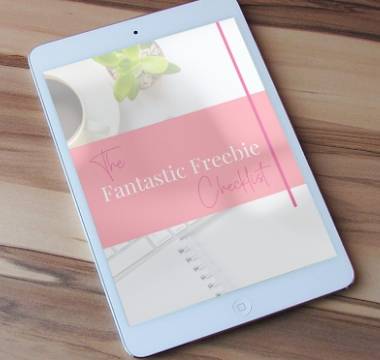 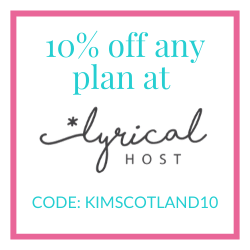 Did you get your gift yet?

I've created The Fantastic Freebie checklist to help you create the perfect freebie to help you build an email list full of ideal clients. Enjoy!

Powered by Convert Plus
Want to know to create the perfect freebie to build an email list full of dream clients?

Any cookies that may not be particularly necessary for the website to function and is used specifically to collect user personal data via analytics, ads, other embedded contents are termed as non-necessary cookies. It is mandatory to procure user consent prior to running these cookies on your website.